Today both teams did panoramic pigment placement (as Kevin would say), also known as painting walls. 😉 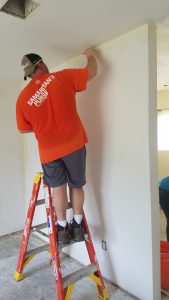 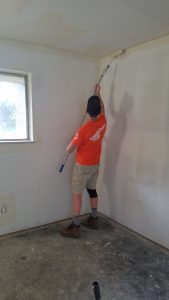 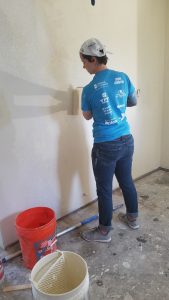 Team Carl continued their work on finishing up Adrienne’s home with paint and other final touches. They had hoped to finish the house this week, but both of our teams will be working cleanup at basecamp tomorrow. They said farewell to Adrienne, John and their grandson this afternoon before wrapping up for the day. 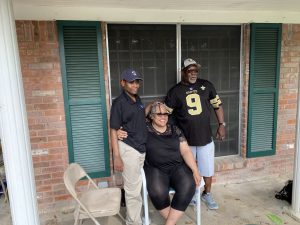 Team Carla was able to get a primer coat of paint on a majority of the house they had been working on earlier in the week. They were also able to meet Shun and her son, Courtney, who were at the house all day working alongside the team.

We also learned something new about Texas today…  It’s not unheard of to see a horse trotting down the road on it’s own for an afternoon stroll. Team Carl had quite the show as a horse walked by the house twice.